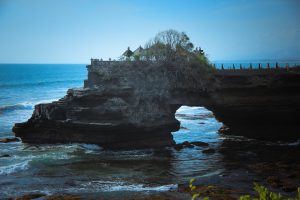 Bali Temple on the sea by try WIRAWAN/Pixabay

Indonesia & Bali for All!

Indonesia, accessible to travelers with special needs, is one of the largest nations in the world (it extends from East to West for over 5000 km), is made up of more than 18,000 islands, has a population of 260 million inhabitants, 139 volcanoes and it’s among the 17 richest nations in biodiversity.
The country is rich in ethnic groups living on often very large islands separated by mountain ranges, such as Irian Jaya, western New Guinea or Borneo.
These ethnic groups have preserved, over the centuries, traditions whose origin is lost in the mists of time.

Visiting Indonesia all at once is obviously impossible as it’s impossible to visit remote areas where “accessibility” is a meaningless word, but with us you can travel in several parts of this vast country:

To visit the Borobudur (ancient and huge temple), Yogyakarta, Jakarta and all the other tourist attractions of the main Indonesian island. 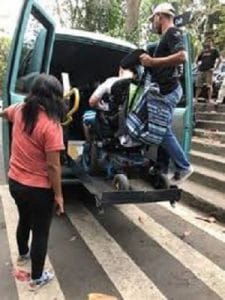 Celebrated for being one of the most famous tourist destinations in Indonesia Bali also has a particularity and that is not to have a predominant Muslim religious presence but to preserve the Hindu religion.
Bali mixes the beauty of its beaches with the luxuriant nature of the jungle that covers it and with the presence of temples and archaeological monuments

Accessibility is at different levels in the different locations.
Good in Bali and in major cities but less so in minor locations or visits to natural locations.

But you will always be followed by the specialized staff of the local organization, created and managed by Westerners

In Bali it’ll be possible to rent accessible villas for long term stays and retirement.

So we can say that Indonesia accessible to travelers with special needs at least partially.

For more information, tours, do not hesitate to contact us.

Back to “Destinations all around Asia”

Manage cookies consent
We use cookies for technical purposes and also for other purposes ("choice of site language", "statistics").